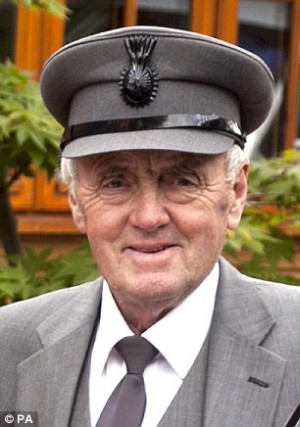 Just found out in this Daily Mail Article, that an old mate was one of the victims in the Shoreham air show disaster. He was the chauffeur, driving his beloved Daimler Limo that got hit. He will be known by many of you who fished Brighton Marina back in the day, when Maurice worked security there.

That is where I first met him many years ago when I was a copper in Brighton and worked a response car in that area. We spent many an hour in the security hut, chin wagging and swilling countless gallons of tea and coffee. Being ex military and ex police, he was never short of old stories to tell and laugh over.

I would always pop in for cuppa with him, Mick, Terry, Adrian and the rest of the crew, whenever I fished at the marina but only after I fished because I knew that if I went in beforehand, I’d never get to actually fish.

Also spent time fussing over and generally tinkering with his small collection of classic cars, which he regularly hired out to film and TV companies.

He was an exceptionally good guy, who was always first on hand to help out anyone, wherever he could.

RIP Maurice. My sincerest condolences and sympathy go to his family and friends and to all who have suffered in this tragedy. Thoughts are also with the emergency services involved and the difficult and awful task they have.