Yesterday evening, I had another ‘big bait only’ session over at Seaford beach. Arriving in the West View area of the beach at about 7pm in daylight, I found a flat calm sea with a gentle swell, no wind at all and a clear sky. I was going to fish from 8pm low water up and over the 2am high water.

Plan was to fish one rod at varying distances in the medium range and one rod at the closer ranges. Both rods were setup with a long link running ledger ending in a 5/0 pennel arrangement. The medium distance rig was baited up with whole squid, while the closer range bass rod used launce.

After both rods were cast out, I did some practising on the new camera (Fuji S2500HD), to get a feel for it. There are far more variables and settings on this compared to my last one, which was a pocket compact and looking at the results, I really do need to do more practising and tinkering to get better pictures. 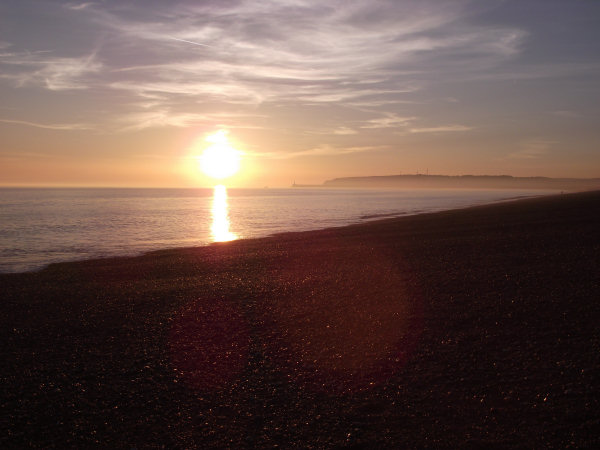 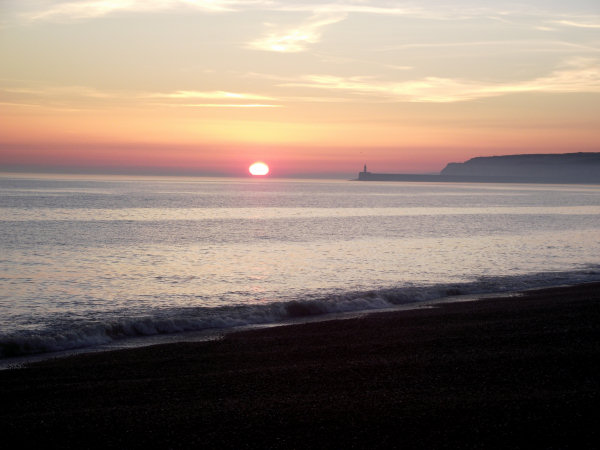 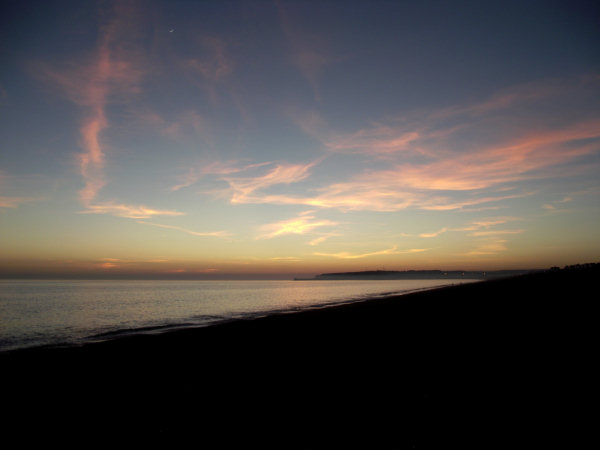 Once I’d finished messing around with the camera and darkness fell, I got down to the serious business of fishing properly. The first fish didn’t show up until about 9pm when I saw the bass rod tip diping and bouncing away. I lifted into some weight and within seconds, a lesser spotted dogfish (LSD) was on the beach. Once despatched, I re-baited and lobbed another launce out to about forty yards out. I then tried a ‘self portrait’ photo but the result was crap to say the very least.

10.20 saw the bass rod on the go again and soon, another LSD was on the beach. Photo opportunity number 2. The result is not good – the composition and stuff isn’t too bad and the doggy looks ok but who the hell is the bloke holding the fish?? Anna, my lovely FPO summed it up nicely when she said ‘”Darling, you need to work on your smile. You look like you’ve got a brain problem – a real gumby”. Well thanks for that love, there’s nothing like having your self esteem smashed on the rocks of honesty and love. Having looked at the picture again, I think she may have a point. 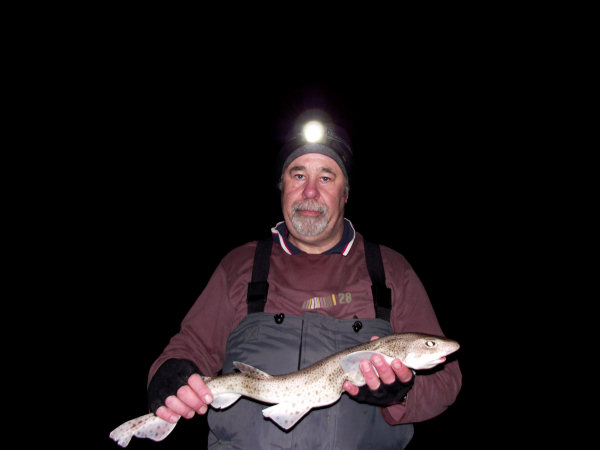 A further two LSD’s were beached during the session, before I called it a night at 2am. Out of the four LSD’s caught, three were taken on launce and one on squid and all were caught within the fifty yard range. Three were males and one female. Three were prepared for the pot and the one female was released.